The Dragster had an overhaul in the off season with lots of small changes in weight distribution. A complete replacement of the electrical system.

Saturday the weather was good and track prep was good so good things were expected. Run one Adrian in the driving seat wasn’t a good start with the car in the opposite line creeping forward on the lights the dragster was left waiting on the staging lights, when released a huge tyre shake killed the run. Back in the pits the car went through its service ease and a bit of power was removed and the car returned for the track.

Run 2 went off without a hitch the car left the line well and powered down the track to record a 215mph which was a great result. Back in the pits and some more changes to weights and rear wing to get the car to launch better and give more down force at half track to prevent the wheels spinning which was slowing the car down. Run 3 and Grant was driving, a good launch apart from the red light but at 3/4 track the blower belt let go shutting down the car. The belt broke when the car hit the rev limit 8500rpm due has it turns out to the transmission slipping. This will get overhauled in the two weeks before the next round at Taupo. Sunday the plan was to run the car going easy on the Trans just to see how many extra points we could earn but the Rain came along and settled in to cancel the event.

Nicole Rivers was running the Mustang in the street car division and Qualified 2nd for the Sunday.
Blair Ruby in his Holden Ute which runs a Rivers Speed an Spares prepped Engine was No1 Qualifier 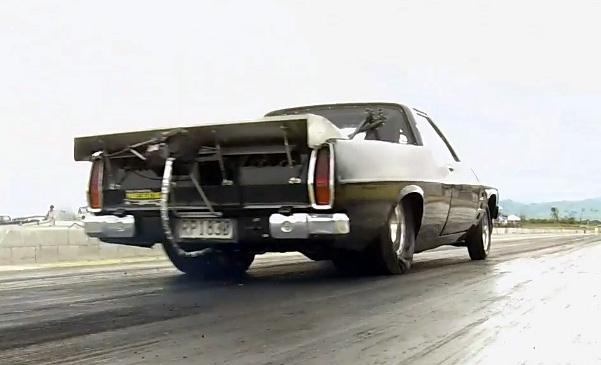