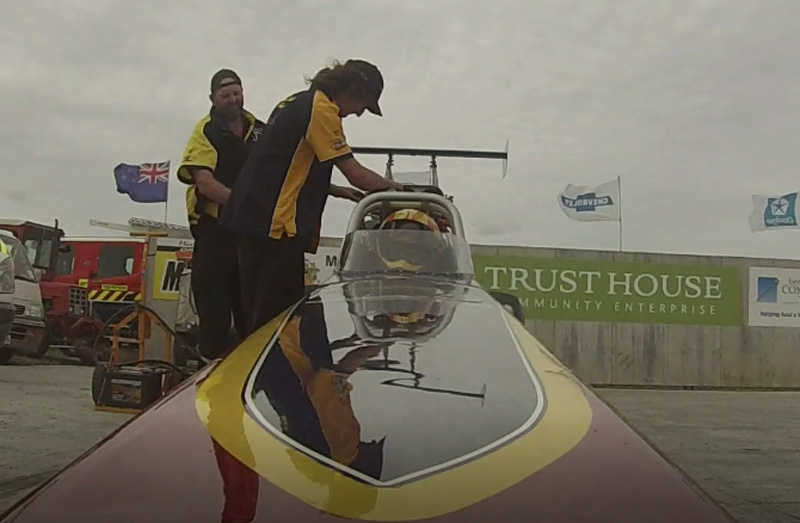 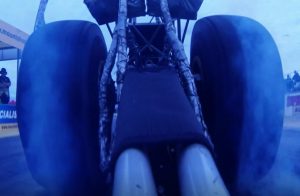 Big Weekend for the Whole Team with the Dragster in the running for the National Series Title and Nicole running the Mustang and Adrian also driving  his Nissan Silvia. Adrian and Nicole had both done a Qualifying run by the time the team lined up the Dragster for its first run. Grant did the drivng duties with the Funny Car engine in the back, thats a lot more power than the cars ran before. It was a very cold windy day and the car had a lot of tyre shake leaving the line but still did the quickest 60 foot time and the quickest 1/8 mile time ever. Unfortuately the Engine let go but still set a quailifying time. 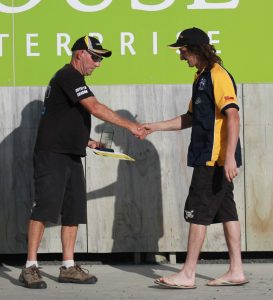 Back in the Pits with holes in the bottom of the Sump it was quicky decided that we put the car in the trailer and go back to Wanganui and do an Engine swap taking the Little 427 out of the 57 Chevy it was sitting in and with the addition of a few bits and bobs drive back to Masterton for Racing. Jason, Grant and Adrian did this in 8 hours and were back in time for Tea on Saturday Night.

On Sunday we did 3 runs making the Final the Little engine which has been in the car before and is very consistant ran 186mph. The car had all the weight in the front removed the rear wing was lowered to reduce drag and there was no need for the wheelie bar. As a result of this hard work we Finished 2nd on the day and 1st overall in the National Championship. 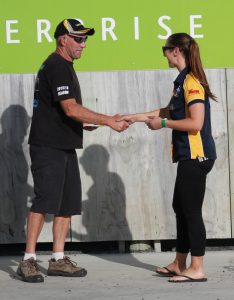 Nicole ran the Mustang in the Street car class and went through all 6 rounds of Competition to make the Final. A missed gear change was all it took to finish 2nd to the National Champion. A very creditable performance by Nicole

Adrian took his nissan into the 4th round in the Street Car Division he has plans to do more drifting next season in the car and is hoping to work more on the sr20 engine tune with the computer.