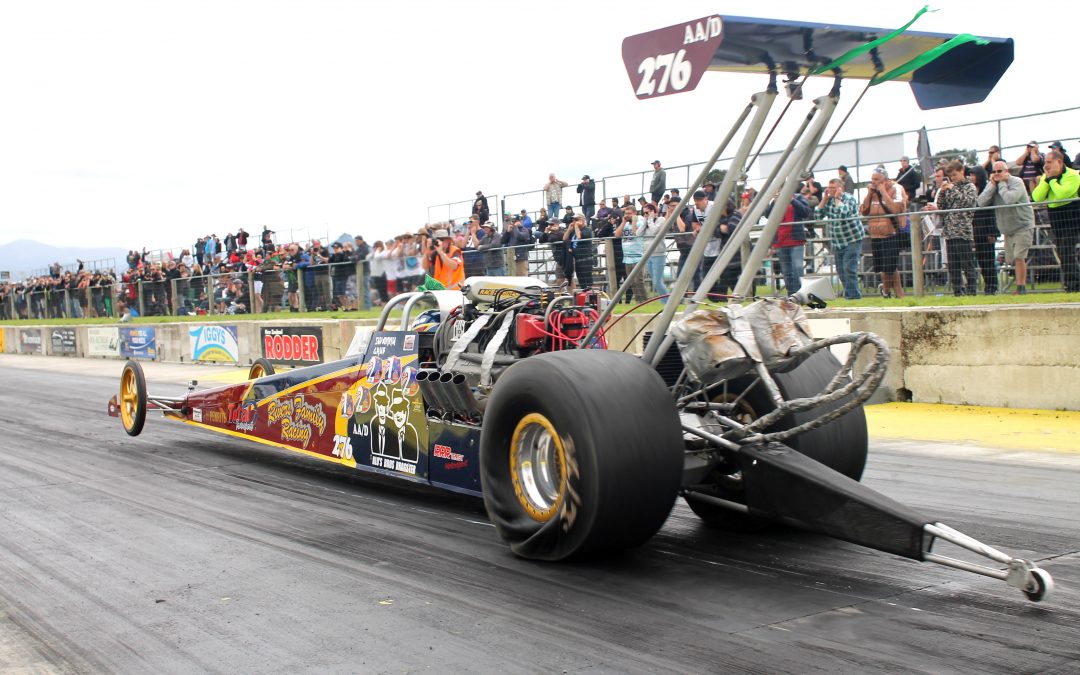 By: Iain Hyndman
Iain Hyndman is a reporter for the Wanganui Chronicle

The maxim history repeats once again proved true for the Rivers family at the 50th annual National Drag Racing Championships in Masterton at the weekend.

A large contingent of Wanganui Roadrodders Club cars competed at the meeting on the Masterton Motorplex Dragstrip with the best performed the Rivers siblings Adrian and Nicole who both made the final of their respective divisions.

Adrian and father Grant Rivers qualified the Blues Brothers dragster second in the supercharged outlaws field, but like last year were pipped on the line.

This season Palmerston North’s John Sheppard clocked an impressive 7.05 seconds for the quarter mile pass, a mere two hundreths of a second quicker than the Rivers run. 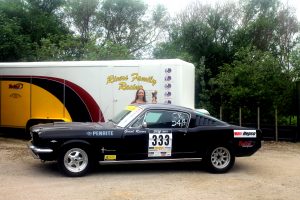 It was deja vu for Nicole Rivers driving her father’s Mustang to progress through to the final of the huge street car field before repeating last year’s result when narrowly losing in the final round.

Other Wanganui performances of note included club president Tristan Teki running a personal best 8.7 seconds in his Chev Camaro in th super sedan class. Will Pelzer (super street) and young Ben Conder (junior dragster) both did well when qualifying first in their divisions while suffering early round losses.