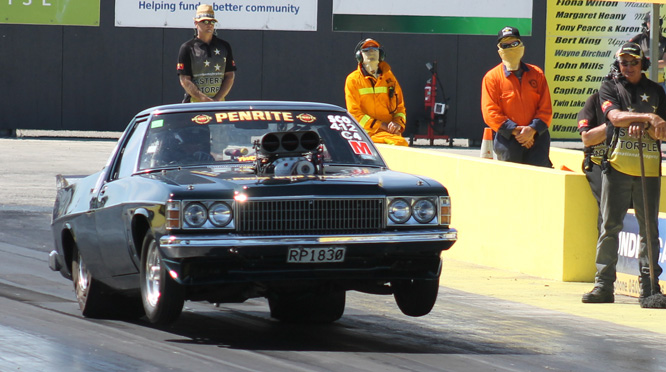 December 8th and 9th saw a great weekends racing at the Masterton Motorplex. the weather was very hot and sunny which saw the track temperture up to 130f. This meant the track was too hot for the vht to be applied during the day and cars and bikes had some diffulculty when getting on the asphalt to keep the power on without loosing traction. The Rivers family Dragster wasnt ready for this round so Nicole was holding the Flag in the Mustang. She drove well to make quarters in a full field of streetcars.

Some of the Rivers Speed & Spares prepared engines running this weekend were.

Dean Scott pictured above has moved into the Super Charged Outlaws division this season. Dean struggled with the car in the launch and pulling to the wall under power and will look at the weight supension and tyre setups before the next round. 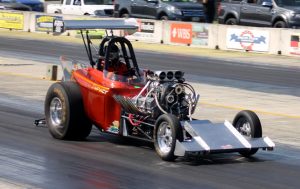 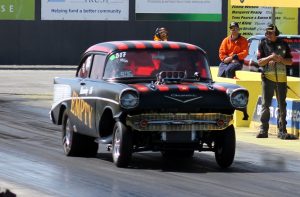 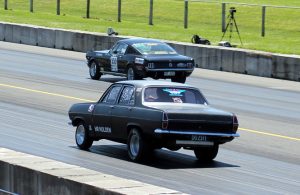 Alan Smith in his HR holden was going great here chasing down Nicole in the 2nd round of elimination. It was so close that a whole shot was what won it for Nicole. 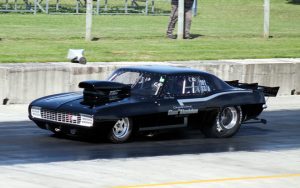 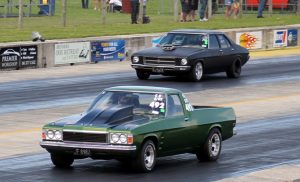 Dave Hickford in his Holden Ute was having his first run in Streetcar class. Started the day with a 12.1 but improved to a 11.4. eliminated in first round when he flooded the car off the start. Looking forward to improving and learning during the coming season.

A Gallery of Pictures from the weekend can be found Here 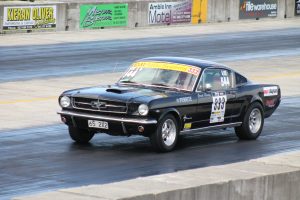