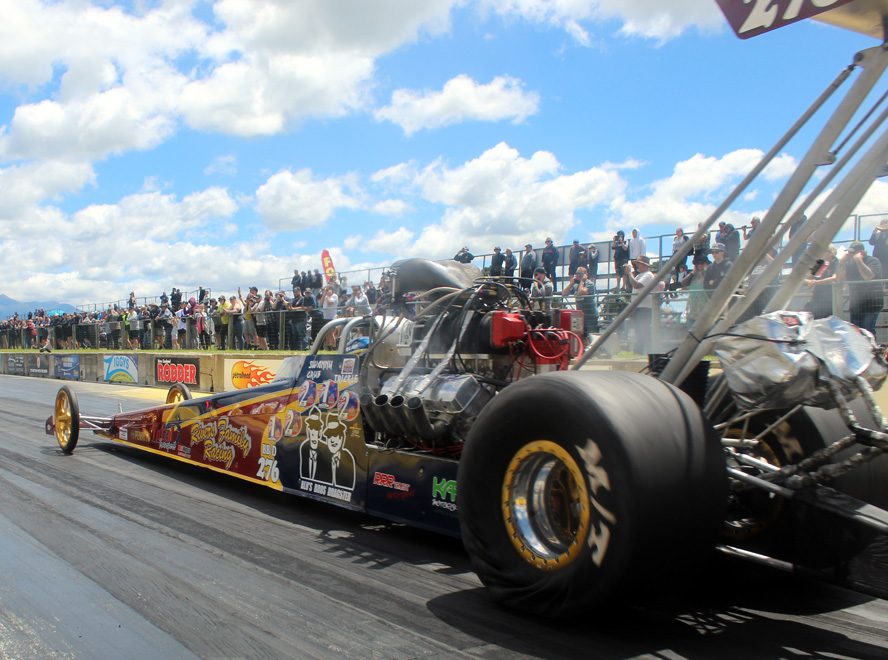 Rivers Family Racing was presented with the Competition Class Trophy. The team had a season long battle with Mike Coward.

The Rivers Family Dragster had a winning weekend taking out the Competition class with a fair bit of luck going there way. The cars new Engine took a lot of effort too dial in with a couple of half passes to start the day and a lot of thought going in to the tune ups for each pass, In the Semi Final a close win over Mike Coward but the car lost the oil filler cap broken weld on the rocker cover in the run. The big engine causes a lot of stress to every nut and bolt and breaks welds as well so always the crew go over and check the car out between runs. A patched up rocker cover for the Final and again luck on our side when Wayne Birchal broke on the burnout, The Rivers Dragster on a solo run had bad run shutting down at the 8th with a gremlin.